Praying for our Government 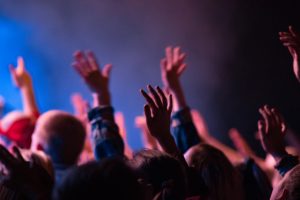 There is no doubt that we should be praying for our government.

First of all, then, I urge that entreaties and prayers, petitions and thanksgivings, be made on behalf of all men, 2 for kings and all who are in authority, so that we may lead a tranquil and quiet life in all godliness and dignity. 3 This is good and acceptable in the sight of God our Savior, 4 who desires all men to be saved and to come to the knowledge of the truth.    1 Timothy 2:1-4 (NASB)

“Prayer is the Christian’s greatest weapon in a world that seems to be coming apart around us.”  (Franklin Graham)

Nevertheless, it is not the institution of government that we are called to pray for, rather it is for people. Throughout the Bible prayer is always about people. God does not bless institutions. He blesses people. Therefore, when praying for the government it is not about politics. It is about the people who are in power in government.

When the apostle Paul wrote exhorting prayer “for kings and all who are in authority” it certainly was a far different world from today. The Romans ruled. It was a military backed government, cruel and deadly in its pursuit to conquer and rule. It was in that context Paul exhorts believers to pray for the government.

Today, throughout the world people live in nations that have various styles of government. Most have some form of democracy where citizens have a say in who will govern them, but others still live with a dictatorship or military rule or under communism where little or no voice is allowed to be raised. Whether we live with freedom and democracy or with controlled and restrictive government, the command is still the same; pray.

The goal of our prayer is that we might live in peace, free to live lives that are God honouring and pleasing. In other words, able to live out our Christian life in a manner that introduces people to the Saviour Jesus Christ. Our prayer is focused so that we may live in environments conducive to the unhindered proclamation of the Good News of the Kingdom of God.

When considering democracy, which gives people various freedoms to have a say in who is elected to power, we therefore are able to vote for the person we believe will be the most effective and best representation of us in the government. Millions living in various nations do not have this freedom.

Christians carry a very weighty and real responsibility. We are the ones who on behalf of all people petition heaven. We are talking to the only God who hears and answers prayer. That should not cause us to be arrogant, but to be compassionate, knowing full well that our nation’s future potentially rests in our hands.

I am sure that there are believers who pray for their government members regularly, but during election times there is always a renewed and urgent call to prayer. Obviously this is not a bad thing, yet I wonder what would it look like if Christians were a lot more proactive consistently, not just when an election is coming?

As I stated before, we each have the freedom to choose the member/representative we want to represent us, and therefore we can vote as we choose. However, when it comes to prayer I cannot see from scripture anything to tell us to pray along party lines, or pray for our candidate to get in. Whether we like it or not there are Christians on both sides of the political arena; on the right and the left. If we are praying for our candidate as others are praying for their’s, which prayer is God going to answer?

In the natural praying for a particular political party seems to be the thing to do. Our prayers, if they are to be successful, cannot be based on natural thinking or emotion, but we need to be led and guided by the Holy Spirit. People, rightly so, have strong feelings when it comes to politics, but we cannot let our emotions dictate when it comes to prayer. Some have ventured to claim, “God told me” while declaring who they think should be elected. If that is the case then the freedom of choice is removed.

Effective prayer is not be focused on ‘party politics’ as this may be divisive within the Christian community, but rather we all need seek the will of God, His blessing and make supplication for an outcome that allows us to live in peace and godliness.

Some time ago during the lead up to a particular election I read where one writer was encouraging Christians to pray and also vote for the candidates of the party that he believed should be the government. In fact I too certainly would have preferred that party to have won the election, but they did not. In his mis-guided enthusiasm he wrote, “It is a Vote for God or a vote for evil.”

As Christians we should be responsible citizens. We need to be informed in order to make wise decisions. In a democracy we should vote when given the opportunity. When voting, I believe, we should choose the candidates that will best serve the nation well; have sensible and responsible economic policy, favour the Judaeo/Christian position on moral issues and are people of integrity.

Do I have a political preference? Yes, I do. I am amazed at my own restraint as I write. I would love to venture forth and speak about my preferences and against the unrighteous and evil policies of certain political parties, but then that would make this whole article invalid. I will vote for a member to be elected from the party that I believe will be in the best interest of the nation as a whole, morally and economically.

When the righteous are in authority, the people rejoice; But when a wicked man rules, the people groan.    Proverbs 29:2 (NKJV)

Without making a political statement let me say that I encourage you to make wise and informed choices as to who you should vote for. Leaders that have policies that when implemented will lead to further moral decay should be considered a danger to the welfare of a nation. No matter how you try to dress it up or what you may call it, deviant and immoral behaviour always has a detrimental effect.

Whether we agree or disagree with government policy, prayer is still the best weapon at our disposal. On two occasions in the New Testament writers Paul and James warn against anger.

Therefore I want the men in every place to pray, lifting up holy hands, without wrath and dissension.    1 Timothy 2:8 (NASB)

I believe prayer changes things. I also believe it is imperative to seek the mind and will of God so we intercede with the prayers that He will answer (1 John 5:14-15).

A number of years ago I was visiting with a group of believers praying in their parliament. That day we felt prompted to pray that unrighteousness would be exposed. The following day the headlines across all the news services broadcast that an organised pornography sharing ring had been exposed in that particular parliament.

With regard to a pending election, let us firstly pray for wisdom for ourselves to make wise and informed choices. Secondly throw ourselves on the mercy of God for a government that will not abandon our godly roots. Thirdly let us not just shout at the darkness hoping it will go away, but pray and ask the Holy Spirit, “What can I do to be an effective and responsible witness of the Kingdom of God in my community?”

Redemption must always be at the forefront of our prayers and actions. The way we dispel the darkness is by turning on the light. Jesus is the life and the light of world (John 1:4). Therefore, we are exhorted to let His light, which is in us shine out into the world, one that is lost and stumbling in the darkness.

So don’t hide your light! Let it shine brightly before others, so that the commendable things you do will shine as light upon them, and then they will give their praise to your Father in heaven.     Matthew 5:16 (Passion Translation NT)

Connecting people to the presence, love & power of God

Your donation will help us to continue to spread the message of the Kingdom of God across the world.

This prayer initiative and vision to raise a MILLION PRAYING MEN initially stems from a six hour encounter, which the founder Robin Johnson had with the Holy Spirit on September 11 2013.

This encounter was as a result of a fresh cry from Robin’s heart earlier in the year to the Lord, “Jesus, teach me to pray”. Since then there has been a continual listening and learning to walk down this new and exciting path.